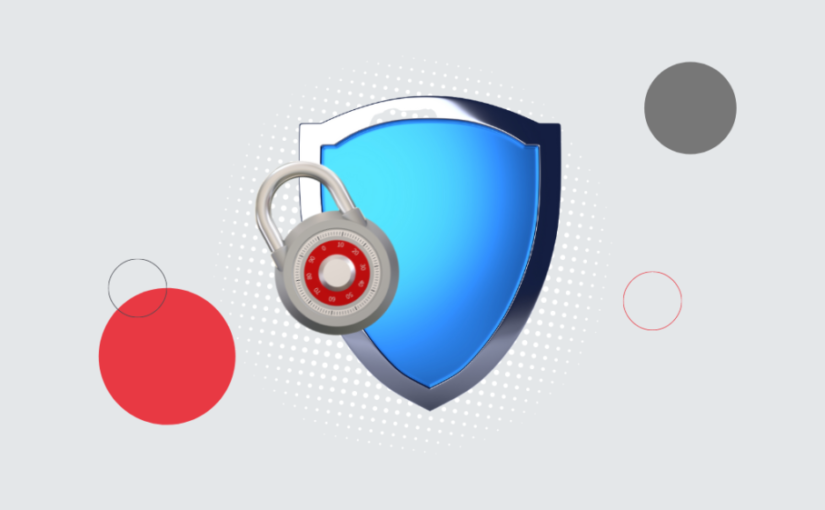 Read the article about what is a VPN, how it works, and choose the right option.

What is a VPN and how it works

A VPN, or “virtual private network,” is a service that protects your privacy and Internet connection.

Computers have IP addresses (IP – Internet Protocol) to work on any network. By connecting directly to the Internet via an ISP’s network, the user’s computer or router gets an IP address that belongs to the ISP. Thus, when processing and redirecting the traffic, the provider sees when and which user used which IP address and to which servers he connected.

During the connection via the VPN application on the device (also called a VPN client), a secure connection is established between the VPN server and the user’s device. The traffic also passes through the ISP, but the ISP can no longer read it or see the destination.

Understanding how a VPN works is also helped by related key concepts.

Advanced mathematical methods are used to create a secure connection and are implemented in the authentication process. After authentication the VPN server and the VPN client know that they communicate exclusively with each other.

VPN networks also protect the connection between the server and the client through encryption and tunneling.

Tunneling is the process by which one data packet is placed into another. It is more difficult for third parties to access the traffic as it moves.

The data in the tunnel is encrypted so that only the intended recipient can decrypt it. This makes it possible to completely hide the contents of the traffic, even from the ISP.

What functions does VPN have

A VPN changes the IP address by which you can identify your identity and location. With the new IP address, the user can go online as if they were in Germany, the UK, Japan, Canada or another country where the VPN service has servers.

Sometimes online stores may show different prices to customers in different countries. VPNs allow you to find the best deals regardless of where you shop.

Changing your IP address with a VPN helps protect your identity from being tracked by websites, apps and services. Also, because of strong encryption, good VPN services prevent your cell phone carrier, ISP, and others from accessing your traffic.

Read also:   Monetization in Telegram: how to make a channel with a paid subscription

VPNs are useful for file sharing. Generally, P2P file sharing means that other users can see your IP and can probably track your downloads. A VPN allows you to keep your IP address private and download files anonymously.

When you connect to public Wi-Fi networks such as airports, cafes, and parks, personal data becomes vulnerable. With strong encryption, the VPN protects against a variety of hacking techniques, including spoofed Wi-Fi networks, packet sniffing, and proxy attacks. Users who work remotely, travel frequently and spend a lot of time away from home use a VPN every time they connect to an untrusted network.

Some countries restrict access to Google, YouTube, Wikipedia, streaming services like Hulu, Netflix, HBO, Amazon. With a VPN you can unlock games, skins, maps, and other add-ons. VPN allows you to bypass local restrictions and freely use the Internet without the speed limits of your Internet provider, protects against DDoS attacks, reduces ping and overall latency.

To ensure your privacy, you need to use a VPN every time you access the Internet. The VPN app will run in the background on your device, so it won’t restrict you from using other apps, watching streaming content, or searching for information.

What VPN protocols are available

VPN protocols are methods by which a device connects to a VPN server. Some protocols are responsible for high speed, others for security, or simply function better under specific network conditions.

A popular encryption protocol that most VPN providers in the world use. It provides a good balance between security and speed, and is easy to set up. It is used for online transactions and connecting to public Wi-Fi hotspots.

One of the newest protocols (introduced in 2018). It features a modern level of security, transparency (anyone can check the code), high speed of operation. Good for online gaming, streaming and file sharing.

Can quickly re-establish a secure connection after a decrease in Internet traffic speed, easily adapts to changing networks. Therefore, it is typically used for mobile devices when switching between mobile connection and home Wi-Fi or when moving between wireless access points.

L2TP is a Layer 2 tunneling protocol, a way of transmitting data from one device to another. The protocol does not include encryption, so it is used in conjunction with Internet Protocol Security (IPSec) for security. It’s a reliable protocol, but it can be slow. Suitable for online shopping and day-to-day networking.

An alternative to standard protocols in regions where VPN use is limited. It bypasses most firewalls. Reminiscent of OpenVPN, but is proprietary to Microsoft, so it only works well on Windows platforms. It is also not possible to view the source code.

Read also:   In Tik-Tok there is an opportunity to add links to your videos in the description of new videos

A common protocol supporting thousands of devices and operating systems. It is also very easy to set up. You do not need to install any additional software. But PPTP has been in use for several decades already, so it is considered outdated and does not meet modern security requirements.

Free VPNs and VPNs with a free rate

Free VPNs have only one advantage: you don’t have to pay for them. A free service with millions of users requires an advanced infrastructure and funds to keep it running, so the data can be sold to advertising platforms. Also free VPNs are not always stable, heavily loaded, so the connection speed is not high. Paid services with a free rate are more reliable, but usually have a number of limitations. 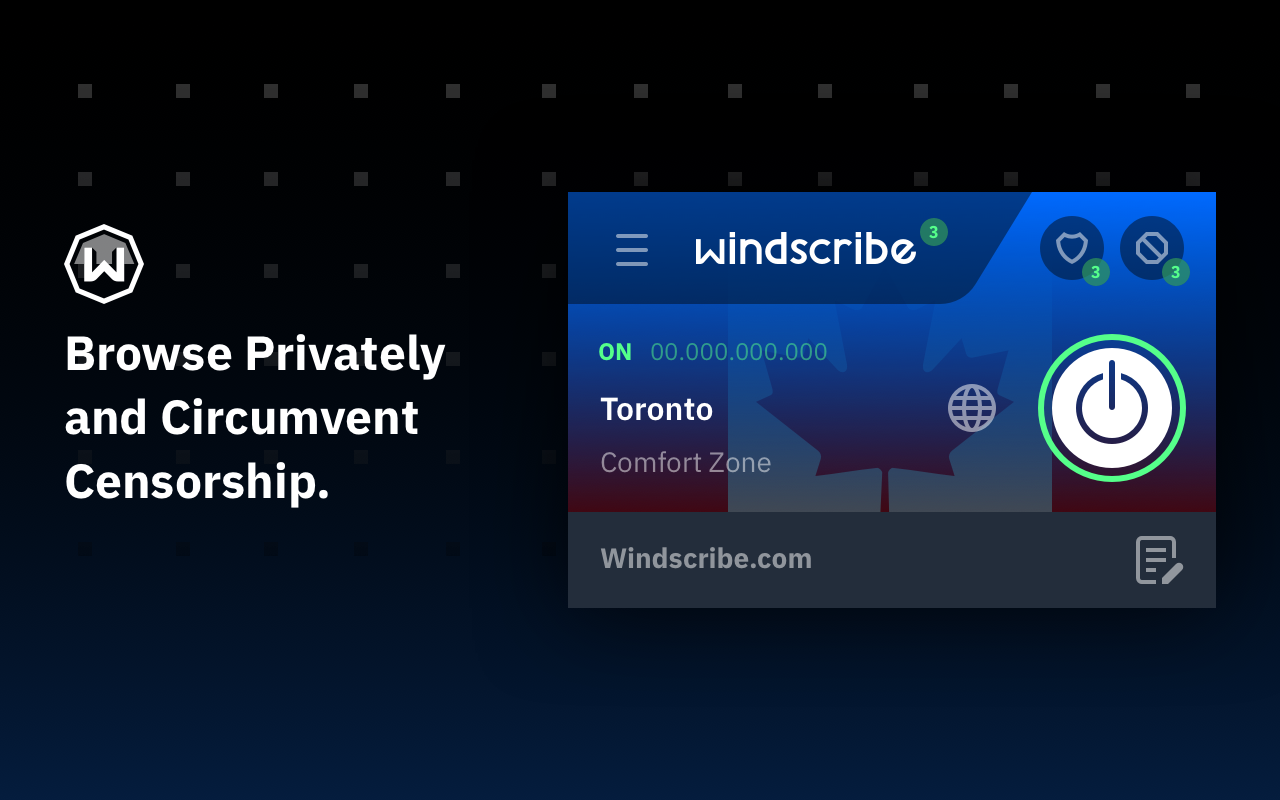 Popular VPN with a good free rate and many servers in different countries around the world. Distinguished by its simplicity and functionality. Traffic is limited: without confirmation of the mail at registration of the account is available 5 GB, with its confirmation – 10 GB.

In the settings you can connect the function Split Tunneling, which allows you to use a VPN only on these sites.

The free version has no traffic restrictions, but it is slow. It also only has servers available in three countries. In addition, you can only connect one device. Despite its popularity, the VPN is considered quite safe. 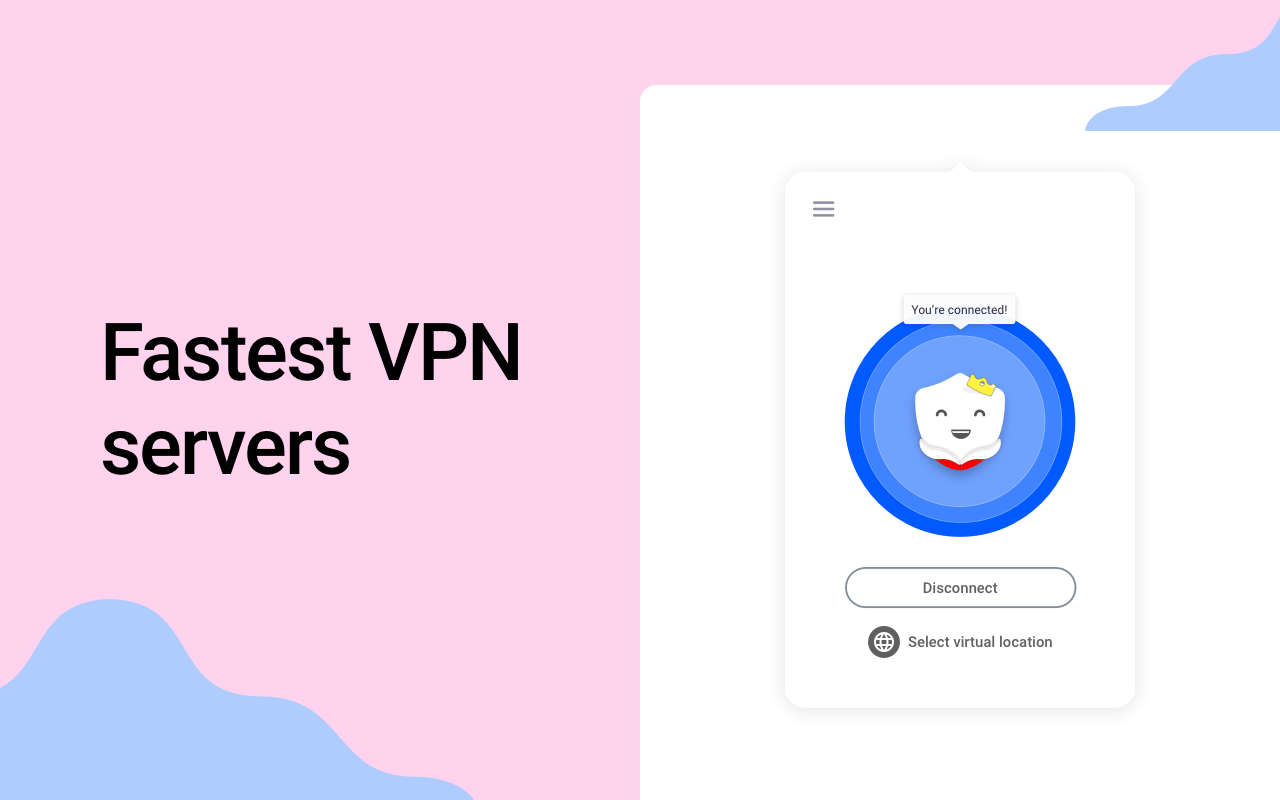 The main advantages of the free tariff for desktops – no registration, unlimited traffic and a simple application with one Connect button. Each time you open it, an ad launches. The free version for mobile devices has a limited time of use: 15 hours are available at the start, then a maximum of one hour per day.

Features high speed, with highly limited traffic: only 500 MB for desktops and 100 MB per day for mobile gadgets are available for free. No registration is required to use the free plan. 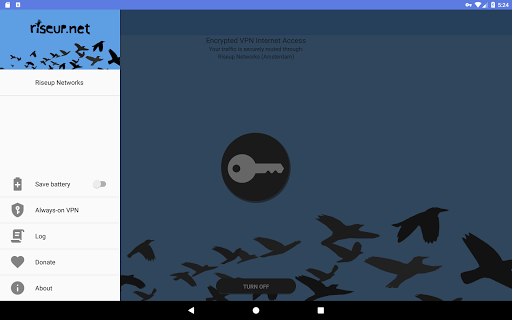 A non-commercial service that, according to the developers, does not collect or transmit information about users. Works without registration. There are no restrictions on time and traffic, but the speed is low.

Free VPN only for mobile devices. Has a simple interface and does not require registration. There is no traffic and time limit. Even the free version has a choice of servers in 6 countries. Works slowly.

Paid VPN services are characterized by more stable operation, high speed, a lot of servers around the world. Paid plans provide technical support. When choosing, it is important to pay attention to the available payment methods, because at the time of publication of the article to pay for services using Visa, MasterCard, PayPal and other previously familiar methods is impossible. Many VPNs guarantee a refund within a month, so you can evaluate the service, and if suddenly something is not satisfied, return the money. 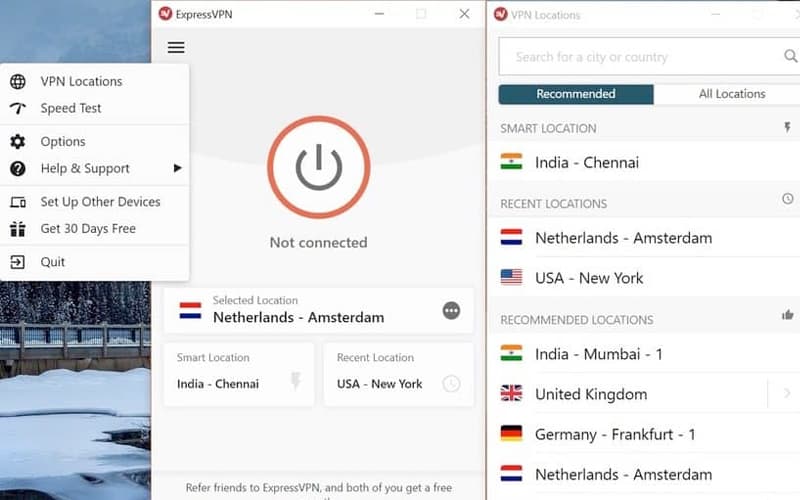 The most popular and well-known paid VPN. Servers are located in 160 locations in 94 countries, there is 256-bit encryption, independent verification information is available. In addition, the local laws of the British Virgin Islands do not require companies to store user information. Payment with UnionPay, Qiwi, WebMoney, YooMoney (Yandex), Bitcoin is available. 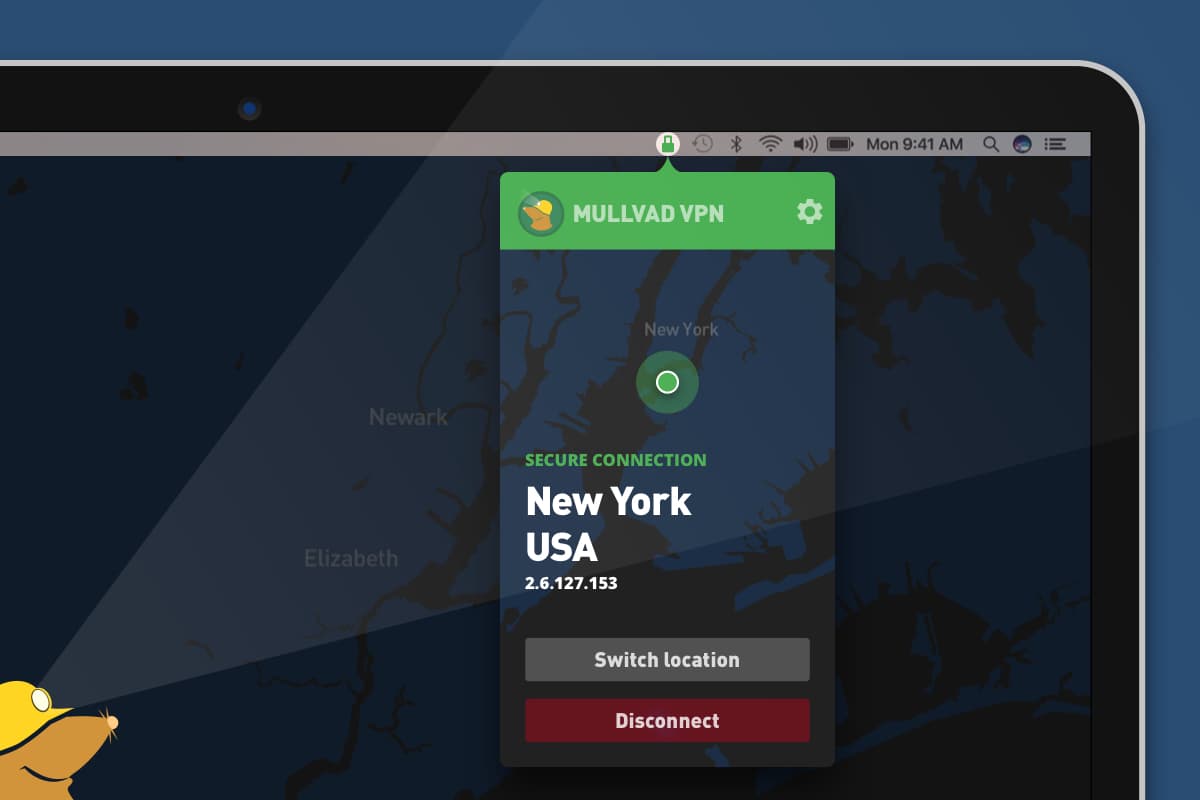 It is considered one of the most secure and confidential VPNs with a flexible payment policy.

Cryptocurrency payment is available, as well as cash in envelope. To do this, you need to send an anonymous letter with a bill in any currency and your account number to a specified address. 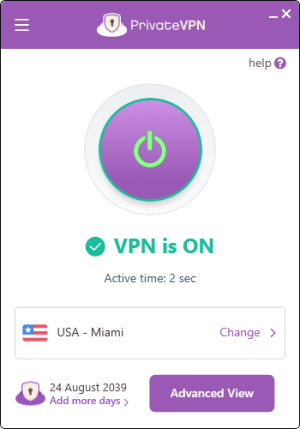 Has servers in 200 locations in 63 countries. Inferior to Mullvad in terms of security. Claims a non-logging policy, but has not been independently audited. Speed degradation does not exceed 40% of nominal speed. Payment with UnionPay, Bitcoin is available.

Service that is more than 15 years old. Supports many devices, protection from various types of leaks, modern protocols, 256-bit encryption. Payment with Bitcoin, UnionPay and WebMoney is available.

If you want to share other VPN services, write in the comments.