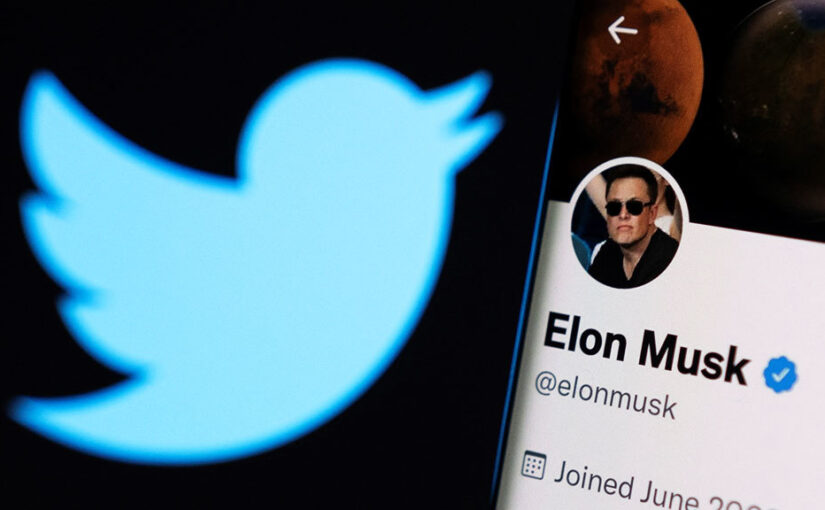 Elon Musk will shape the future of Twitter. As strongly as is partly assumed, or perhaps not so much changes after all? There is a lot floating around about a withdrawal from the stock exchange, a paid version and the platform for free speech so often cited by Musk. Who knows, maybe this is already one of the last quarterly reports.

The so-called “conference call” there was already not. Twitter writes about this:

“In light of the proposed transaction with Mr. Musk, as is customary during the pendency of an acquisition, Twitter will not be hosting a conference call, issuing a shareholder letter, or providing financial guidance in conjunction with its first quarter 2022 earnings release.”

Still pretty good and the positive trend from recent quarterly reports continues. The latest Twitter statistics for the first quarter of 2022 show another positive trend in Twitter user numbers. The record revenue of over $ 1 billion from the fourth quarter of 2019 was again surpassed and stands at $ 1.2 billion, which almost matches the previous best value from Q4 2020. This was achieved then at just under $1.3 billion.

When it comes to Twitter user numbers, the focus is on daily active and monetizable users*. You know the so-called mDAUs from Facebook, Instagram and also Snapchat.

With 229 million daily active users, Twitter continues to grow and was able to grow by 16% year-on-year.

Twitter is thus continuing its positive development, listening to its users and trying to establish new functions such as Twitter Spaces, Twitter topics, audio tweets and the targeted playout of tweets. However, Twitter also recognizes when a feature is not accepted. For example, Twitter Fleets (Twitter Stories) were discontinued in August 2021. This is a setback for Twitter, as Fleets would have also created ad placements. This attempt failed and users simply did not warm to Fleets.

Read also:   TikTok to add the ability to tag people in videos

Twitter is not at the end of its rope, however, and is testing further ad placements, such as ads within comment threads. Initial reaction to the format was understandably critical.

In terms of daily active users*, Twitter can report a year-on-year increase of 15.9%. Twitter thus continues its strong growth of the past quarters, adding 18 million users in six months.

This means that Twitter has gained over 36 million new users in the last twelve months.

Another note about the 229 million users. Twitter speaks of “monetizable”. In other words, people who can be served ads, for example. Then, of course, there are users of Tweetdeck and the like who do not see any ads and are therefore not “monetizable”. The number of active Twitter users is therefore higher than the 229 million people. But exactly how high is difficult to answer.

(Thanks for the hint Bernd Vehlow)

Internationally, Twitter was able to grow by 18.1%. Thus, a large part of the quarterly growth goes to the international user base.

🐦 In the U.S., daily active users* increased by 2.5 million year over year

Almost 40 million people use Twitter daily in the USA.

To make the timelines of its users* more diverse, people can follow specific topics. Twitter has increased the number of available topics from 9,500 to 11,800 and provides topics in eleven languages.

Read also:   Twitter will begin testing the tweet-editing feature in the coming months.

This is an interesting Twitter statistic. Not only does it show that topics are now established, it also shows the difference between active users* and accounts. The difference is probably even higher, but there are at least 29 million additional Twitter accounts.

At the same time, the cost per ad interaction has increased by 33%. Twitter justifies this with the effects of the Corona pandemic and an increased booking of ads in the “lower funnel”.

Revenues are $1.2 billion , up 19% year over year, which should satisfy Twitter. Thus, Twitter has also overcome the effects of the Corona crisis for now. At the end of 2019, the $1 billion mark in total revenue was broken for the first time. After a slump, Twitter still seems to be on a good track, but is not yet exhausting its potential. Once in terms of frequency, but also the possible monetization of new formats such as Twitter Spaces has failed.

It remains to be seen what Elon Musk has in mind for Twitter. If a paid version does indeed come, Twitter ads may soon play a subordinate role. The question generally arises as to how important the monetization of Twitter is to Musk in the first place.

Twitter’s total revenue is up 19% year over year and stands at $1.2 billion.

This represents a 2% increase in ad revenue year over year

This means Twitter has increased its employee numbers again by 33%.

🐦 The number of spam and suspicious content has decreased by 18 %

This item continues to be among Twitter’s top priorities.

“Health is our top priority, from a mindset and resourcing perspective, as we continue our work to help people find credible information and feel safe participating in the conversation on Twitter.”

Twitter is very active in this field and was able to reduce the number of spam accounts by 20%. (Q4 2018)

🐦 Fun Fact: Twitter has been miscalculating its growth and absolute user numbers since 2014

The user numbers from Q2 2017 were reduced by 2% users. Communication of monthly active users is discontinued.

🐦 96 million hours livestreaming via Periscope (from 2018)

On August 23, 2019, Twitter hashtags had celebrated their tenth anniversary.

The 229 million daily active users is another positive development for Twitter and the highest value in Twitter’s history.

While in the past months and years new features or ad formats were crucial for the future of Twitter, it is now mainly Elon Musk. Twitter has kept a very low profile on its quarterly report. Be it the canceled conference call, or a single tweet on the latest figures from the Twitter Investor Relations account. There’s plenty of information here otherwise. Many die-hard Twitter users* do not have a good feeling. If you look at Musk’s escapades on Twitter alone, they are certainly not unfounded.