The article has been updated. First published September 26, 2017

Now is the time to have a serious talk. And we will talk about the first comment on Instagram.

What to do with him? Why did SMMplanner implement the “first comment” function? What is the threat now? Let’s figure it out.

Now, in SMMplanner, the automatic publication of the first comments along with the publication has appeared for publications on Instagram. 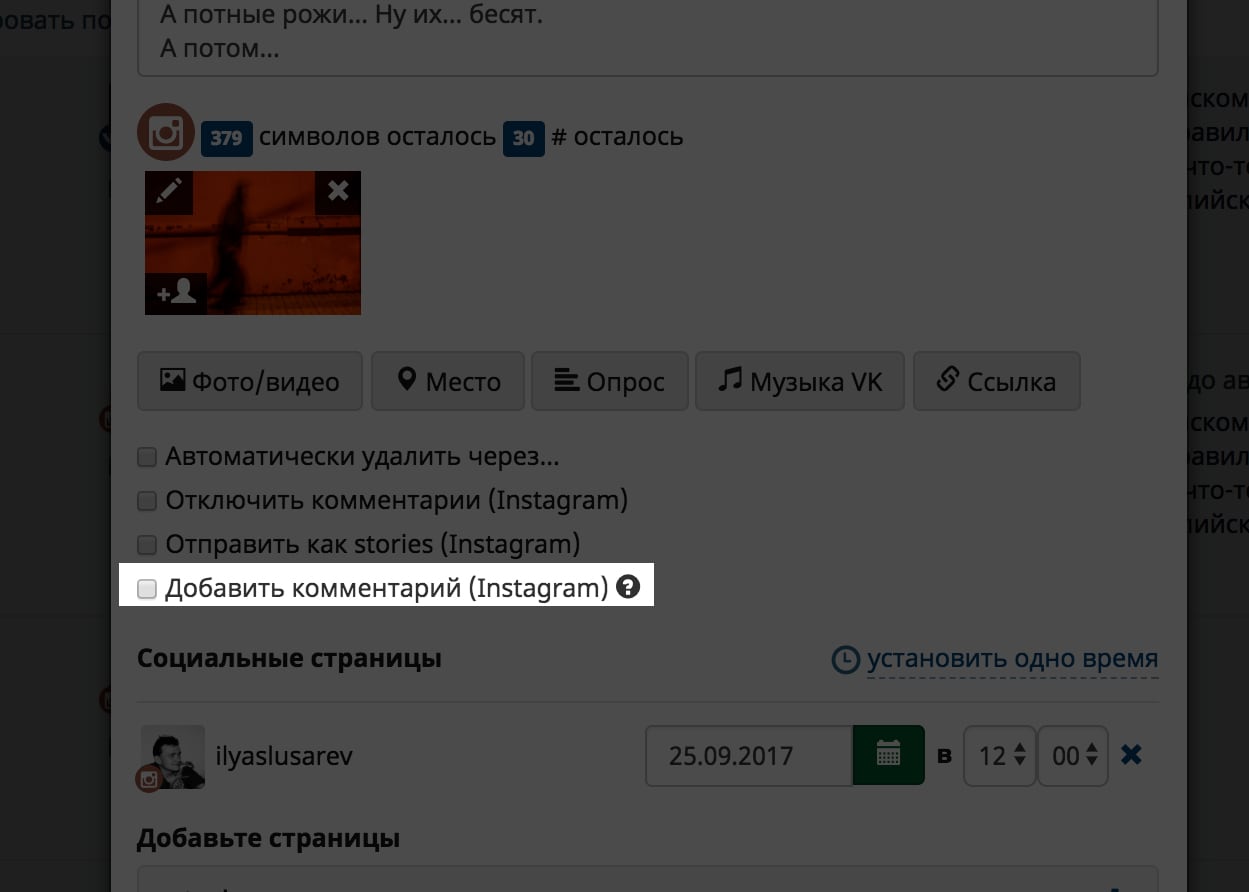 After that, an additional panel will open, with which we can work. 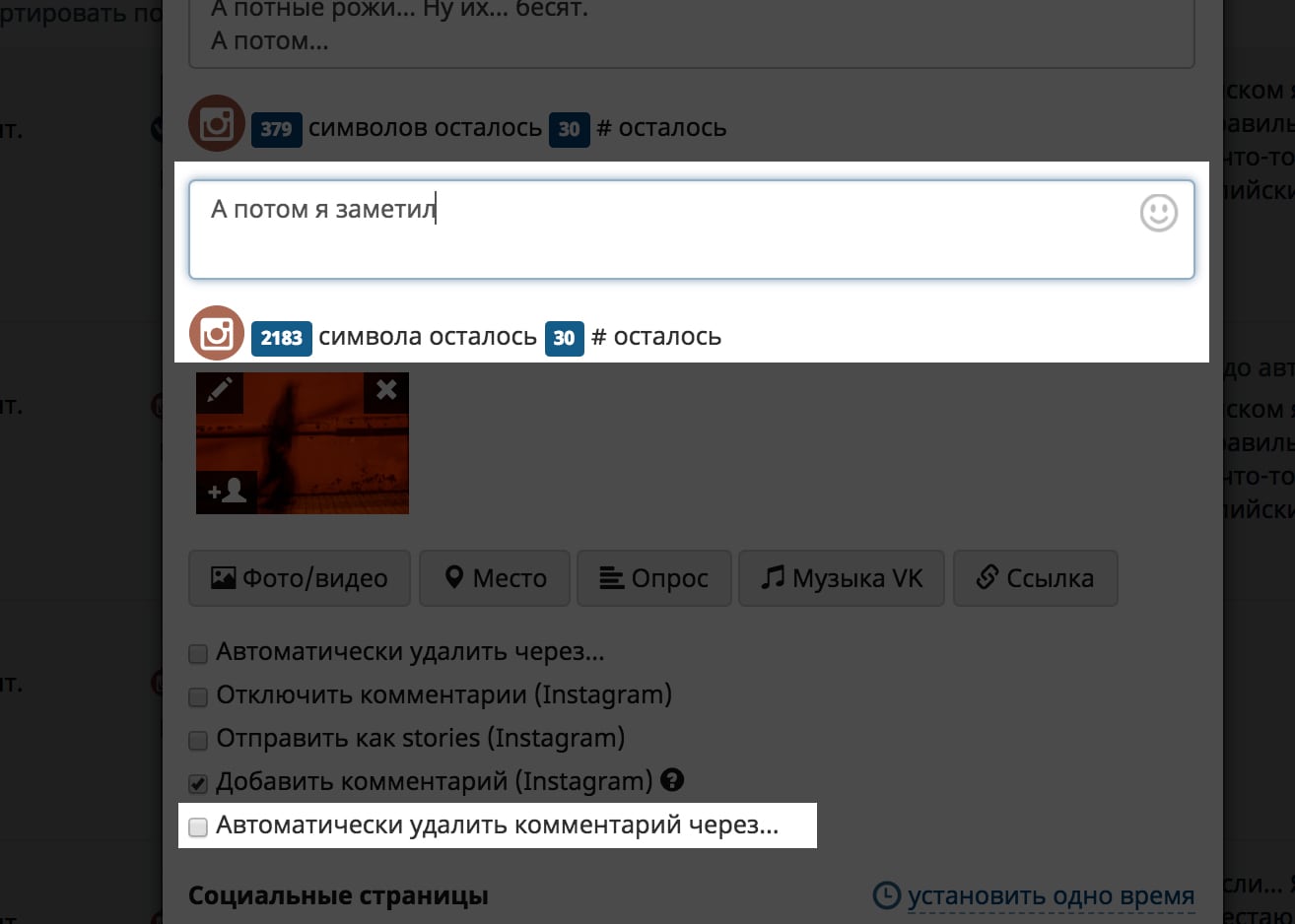 By sending the first comment, SMMplanner considers it as a publication, it turns out that by sending a publication and a comment to Instagram, −2 publications will be debited from the account. If you plan to delete the comment for later, another −1 will be written off.

There are few Instagram courses in the world that do not talk about the cosmic power of hashtags. In courses where teachers urge you to use hashtags because “you are losing a potential traffic channel,” it is advised to remove the hashtags in the first comment.

Good advice, even if I hate hashtags, this is not a reason not to use them at all or not to hide them in the first comment. At the very least, it looks neater.

Do hashtags work? Not!

Why don’t they work? It takes a lot of time and effort to achieve a stable result, and this is not for everyone. As a result, it turns out that through advertising, you can get results faster and cheaper.

Imagine. Ibrahim from Lipetsk is getting married. Ibrahim’s fiance is looking for the best makeup artists and stylists. In the search comes across “quiet horror” but on Instagram by # makeup artistLipetsk you can find very decent specialists.

There are many bloggers on Russian Instagram who write a lot of text under the publication. Now they can write their longreads directly in SMMplanner. 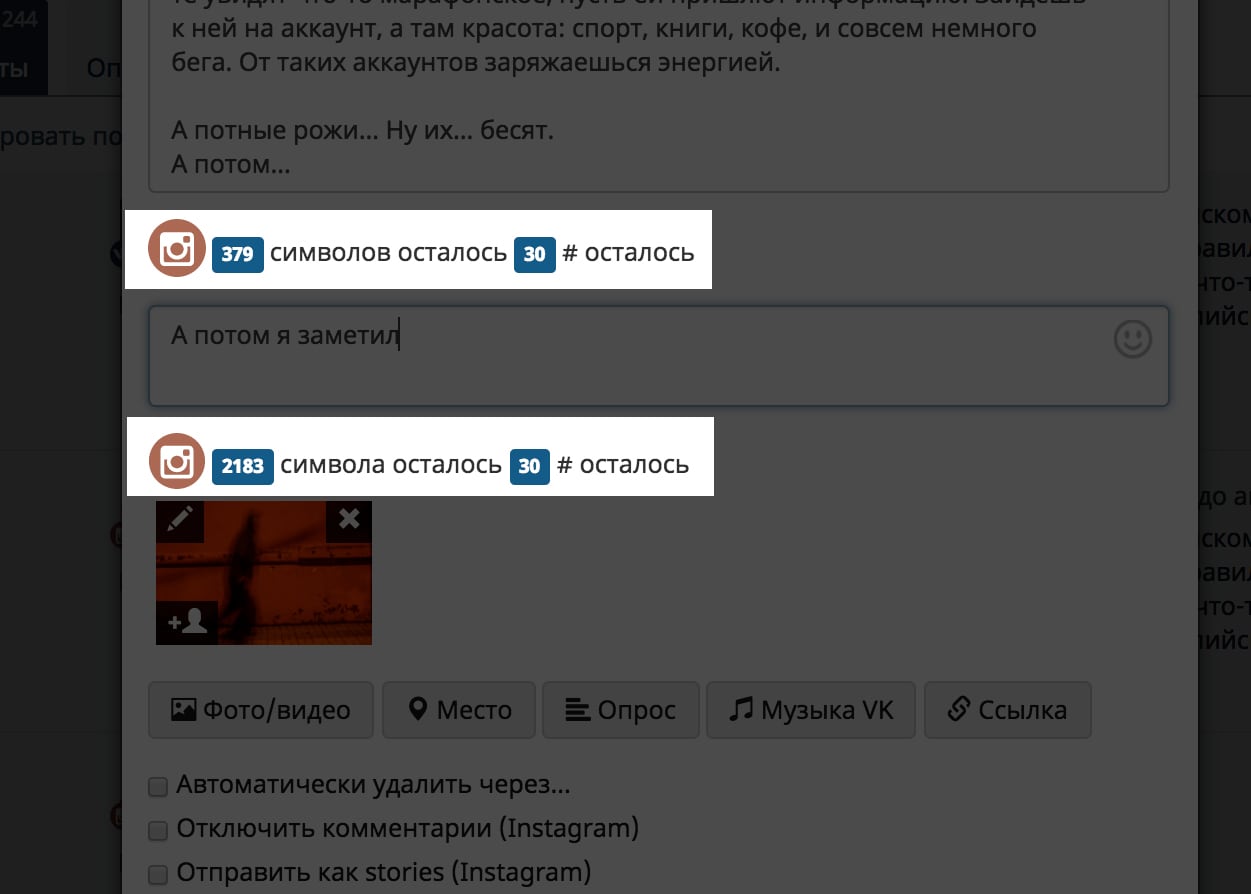 Now we can write articles with 4400 characters, isn’t it a miracle?

There are new tricks that complement the article “Tips that will increase engagement on Instagram.”

Let’s say you are developing a personal brand. If you write a note, and in the first comment invite interested people to the discussion, then there will be more comments on the case. 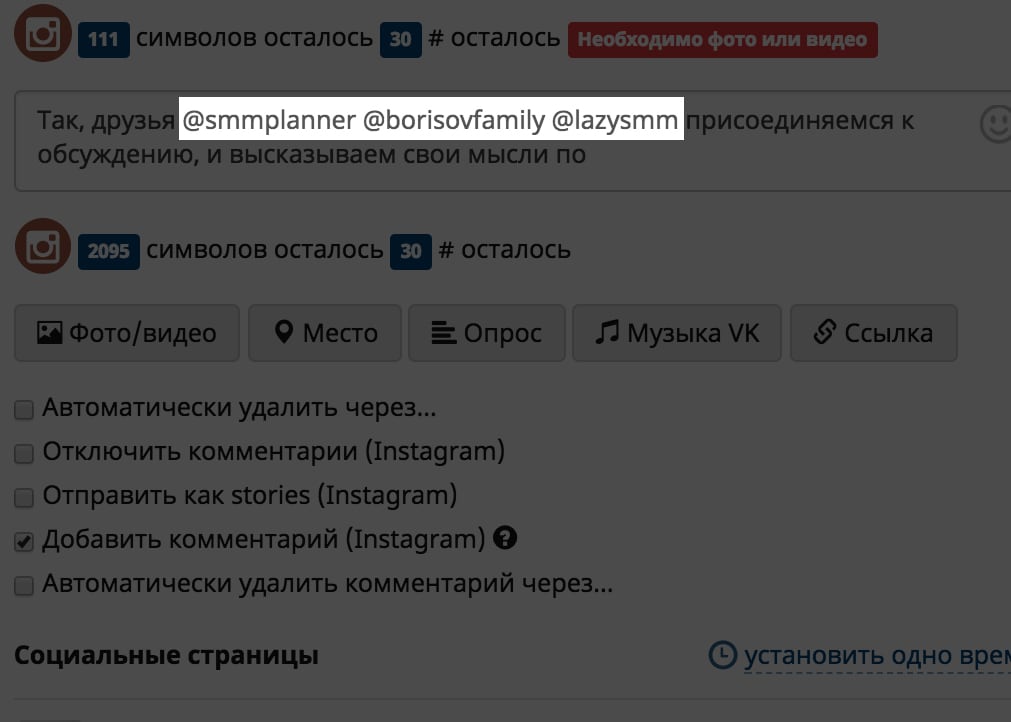 The method only works if you list only those people who are related to the topic of the publication. Spamming with the first comments will not work.

Read also:   10 reasons why you shouldn't make Instagram your only sales channel

Let’s say you manufacture and sell wallets. It’s your birthday and you promised your subscribers a promotion. You make an announcement of the action, where you promise to publish a post tomorrow with the models participating in the action. Then you add that under the publication, in the first comment, a promo code will be hidden, which will give an additional link. You will need to see the promo code in time, because then you will delete it. 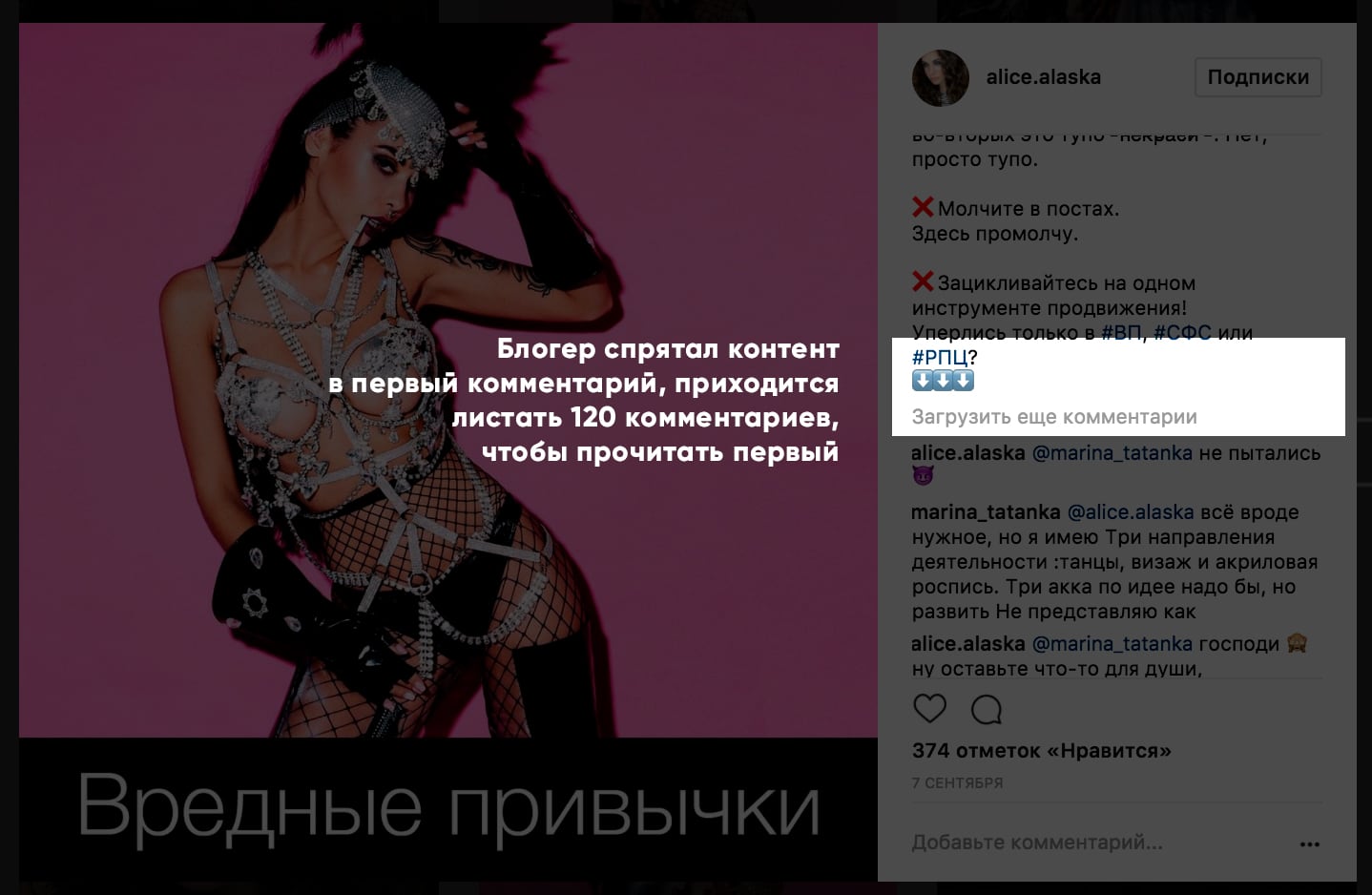 Alice writes interestingly, do you have to click on “Download” dozens of times to read what she did not have time to tell? At some point, it’s annoying.

Hide “empty” content – hashtags and mentions, you need to use the fact that Instagram hides long comments. 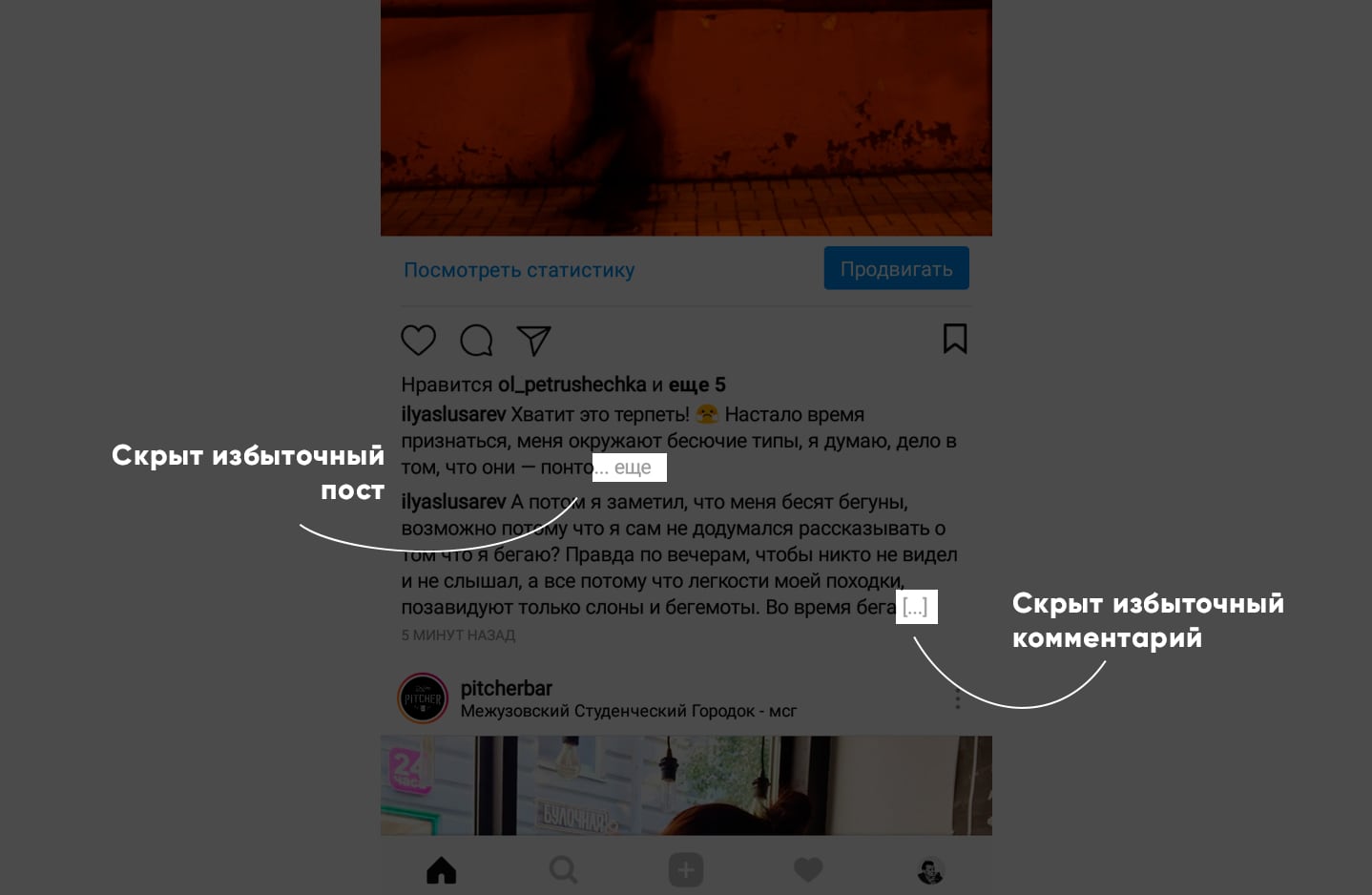 In SMMplanner, you can schedule posts and comments so that there are indents between paragraphs. You need to write a line, and immediately press the line feed or the Enter key. You can’t add a space, none at all. 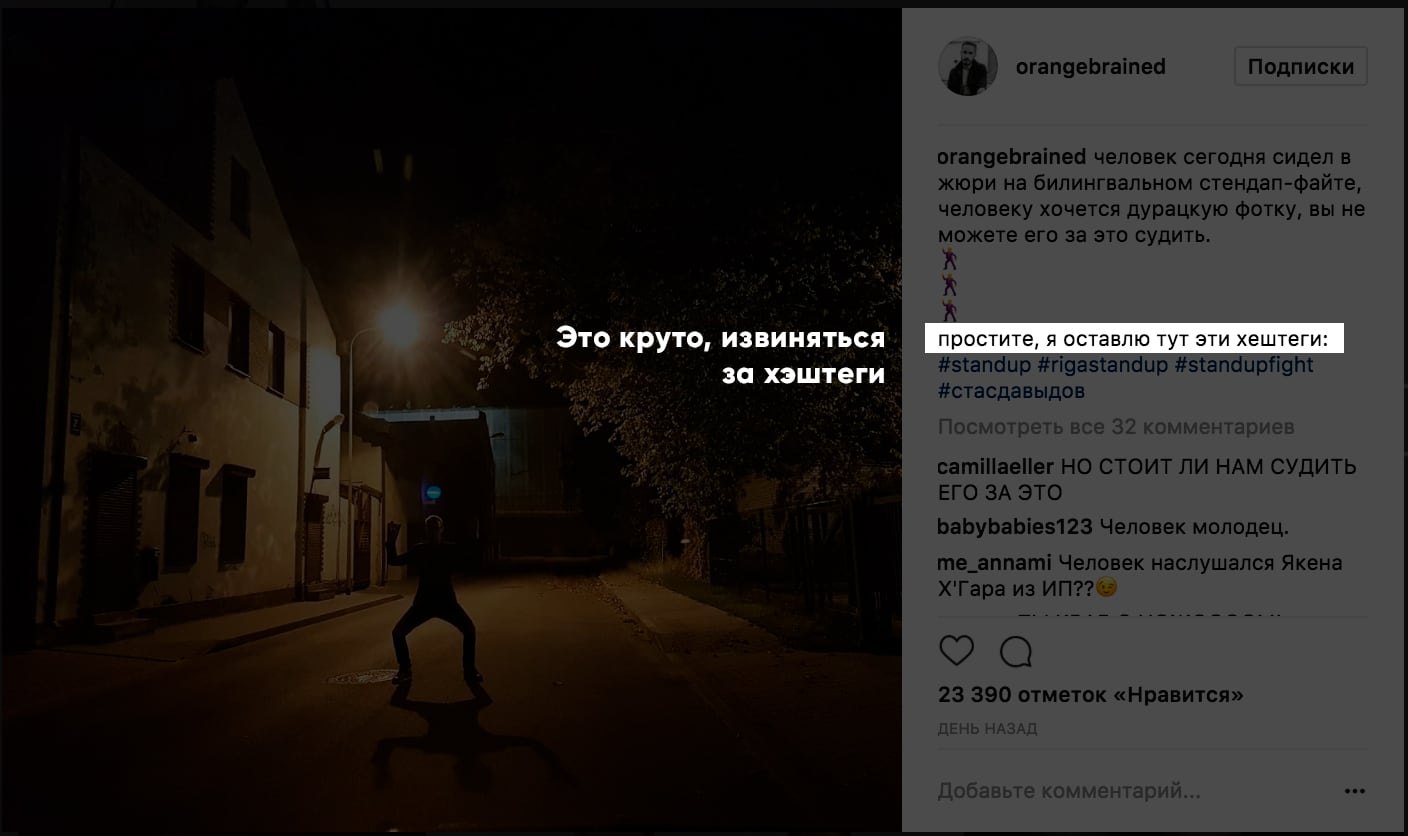 In addition to asterisks and dots, you can apologize for the hashtags and put all the necessary hashtags

Nobody really knows how algorithmic tape really works. We can only assume that engagement mechanics: provocative posts, games, calls for comments and likes help to hack the feed and get an additional 5-10% organic reach. As practice shows, this is close to the truth.

Among active users of chats on Instagram, there is an idea that if publications in the first minutes of their publication gain likes, comments from other Instagram users, then the publication receives organic reach and, possibly, gets into the recommended ones. On this wave, the hypothesis of the “weight” of a like was popular, as if a like from celebrity accounts with hundreds of thousands of subscribers was more weighty than a like from Maria, who had 800 subscribers.

There is less evidence to support this theory. I tested a couple of posts on my smaller accounts to see if my first account was dependent on organic traffic. On all posts, impressions were 5-10% higher.

On publications, in small accounts, the engagement after the first comment is higher.

I suggest you readers, test the first comment, and measure the coverage “Before” and “After” using the first comment, report the results to the author of the article: Ilya Slyusarev – then we will summarize and say what we found out.

What have we learned

The first comment is not only a way to hide hashtags, but also: